Color of the Year

by Color of the Year 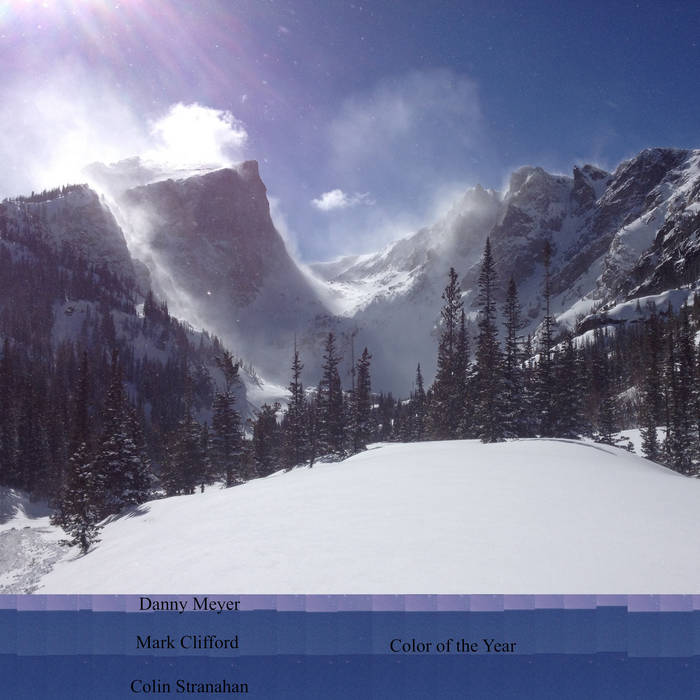 Danny Meyer, Colin Stranahan, and Mark Clifford have been playing music together for 10 years. They grew up in Colorado.

Danny Meyer is a saxophonist Brooklyn, New York. As a musician, he has performed, recorded, and toured internationally with musicians such as Julia Holter, Chairlift, Beyonce, Dev Hynes, Art Lande, and Ron Miles. www.ThisIsAmazing.org

Colin Stranahan is among the most sought-after drummers in the world, working with such artists as Kurt Rosenwinkel, Johnathan Kreisberg, Dan Tepfer, and Maria Neckam among many others.

Mark Clifford is vibraphonist based in Oakland whose performance experience spans worldwide, and he has had the honor of playing alongside an array of wonderful musicians including Tatsuya Nakatani, Jeff Parker, Wu Fei, Aram Shelton, Dominique Leone, Ron Miles, and So Percussion.

Twos, Calla, Children, Everything is a Mirror,
and Puppets written by Danny Meyer
You Will All Go Shopping and Day Job written by Mark Clifford.
First Rain written by Colin Stranahan

Color of the Year New York

Bandcamp Daily  your guide to the world of Bandcamp